or at least they did before the election. It almost sounded too easy.

Well, it’s too early to comment on progress but it it not looking so easy. 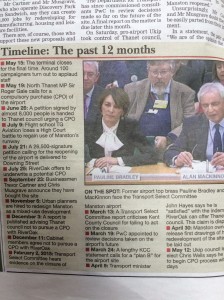 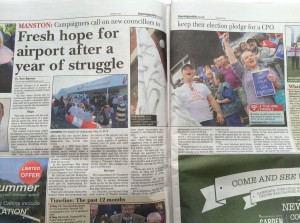 I’m sure the overwhelming majority of residents will be pleased if UKIP can get on top of the dog poo problem.

There is no easy solution as councils around the country have tried to tackle this with the Keep Britain Tidy campaign for at least 30 years (that I know of).

One council tried Doggie Loos in the 1980s, but they weren’t successful.

TDC announce Fixed Penalty notices of £80 for the offenders (or their owners). https://thanet.gov.uk/the-thanet-magazine/press-releases/2015/may/fines-introduced-for-littering-and-dog-fouling/

The challenge will be to catch them, of course.

We have a UKIP Thanet District Council but a Conservative MP

For those who enjoy the maths behind the headlines or have been enjoying #thanetrigged I can share with you this extract from a much larger spreadsheet of results.

In the South Thanet parliamentary constituency there are two wards that are part of Dover District Council (by the way Dover are responsible for elections in that area) and fourteen wards as part of Thanet District Council. These two Dover wards have an electorate of over 11,000 people who overwhelmingly vote conservative. The liberal party are the second choice in this area and the Liberals probably split their vote, backing either the Tory or Labour candidates in the general election.

The local election results are published by ward to it is tricky to compare that to the Parliamentary result for various reasons, nevertheless it gives a good overall picture.

Some things that you should know before studying the figures too closely are:

The remaining 57,000 voters in Thanet South cast an large majority of their votes in the Thanet District Council (TDC) local elections for UKIP councillors (36% of all votes), 31% were cast for Tories and 27% for Labour.

Which ever party you vote for the figures on a ward by ward basis are useful.

Who defeated Farage? The areas of Little Stour, Ashstone, Sandwich and Broadstairs.

Ramsgate and Margate welcomed the message from UKIP.

Here is the table: I will make the spreadsheet available for others but I’m still working on it.

Of course, in these figures many people had 3 votes, some had 2 and a small number only had one. If you weight them as if everyone had three votes the gap between votes for UKIP and Conservatives becomes wider, 40% and 30%. For the reasons listed above, however, this method of weighting can’t be guaranteed to give us accurate or meaningful information. It could be more revealing to look at individual wards in more detail. I shall do that in future posts.

An historic moment in history unfolded on Saturday 9th as the votes were counted and results revealed of the election that took place two days earlier.

As we went into the election the council comprised

There are 56 Councillors in total.

Then in May 2015 the  electorate, of almost 94,000, voted for the first every UKIP controlled district council anywhere. 37% of votes cast were for UKIP candidates, 31% for Conservatives and 24% for Labour. 8% of votes were for others including independents and members of the Green party.

In contrast there were far fewer votes and far few candidates to choose from at the previous election in 2011.